The First Case under the MA Noncompete Law: A Quick Look

The First Case under the MA Noncompete Law: A Quick Look
by foleyfoleypc 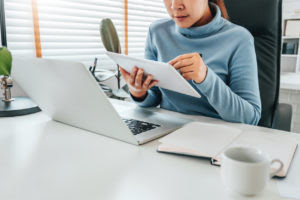 ng MA non-compete law in 2018? Garden leave? It left us wondering about interpretation. Then we were occupied with other things, you know. Now, a Massachusetts court has finally shed some light on how the Massachusetts Noncompetition Agreement Act (MNAA) will be enforced. The District Court voided a noncompete agreement under the MNAA which provides a look into how the act will be interpreted.

The MNAA outlines eight requirements for a noncompete agreement. The noncompete in question violated two of those requirements: it did not expressly state the employee had the right to consult an attorney prior to signing, and it did not contain a garden leave clause or another mutually agreed upon form of consideration.

What does this tell us?

We know now that a noncompete agreement that did not comply with two of the eight requirements is void and future non-competes must strictly follow all eight of the requirements outlined in the MNAA. Violation of any of these requirements puts your noncompete in danger.

Unfortunately, the ruling does not address the thorny issue of what type of consideration would make a MA non-compete enforceable under the vague language of the law–only that without it, your agreement will fail.

What should you do?

The MNAA is considered a new statute without extensive interpretation. If you want your noncompete to be enforceable, it is important to make sure you are familiar with all eight of the MNAA requirements and you explicitly address each one in your non-compete agreements. Noncompetes are getting narrower all the time.  You may also decide to take other actions to protect your trade secrets and client information and avoid noncompete agreements altogether.